By Edwin Kang’ethe and Michel Dione 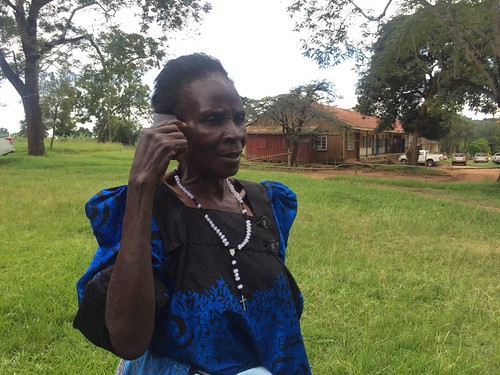 The International Livestock Research Institute (ILRI) is underlining its commitment to smallholder pig farmers with the launch of Uganda’s first interactive voice response (IVR) service that will provide information on biosecurity measures for the prevention and control of African swine fever (ASF) and other pig diseases.

The IVR service is being piloted among 230 smallholder farmers in Masaka District, which has the highest pig population density in the country. The farmers will access the service on their mobile phones regardless of the type of phone or the mobile network provider.

The initiative will raise the awareness of pig farmers on ASF and other pig diseases and arm them with information on measures they can take to prevent these diseases in their farms. Use of the technology is expected to contribute directly to reducing the disease burden in pigs and significantly improve pig productivity in the district and country.

The service, which will be extended to other farmers beyond the initial pilot period of June and July 2018, is currently free to use. According to Edwin Kangethe, the technical expert leading the pilot test, to receive advisory messages via the service, a farmer needs to have a phone with an operational SIM card of any network and to register to give consent to receive the voice messages. Users will receive calls from the IVR system on days and times they will have indicated during the registration process.

The system tracks the lessons that the farmer has listened to and asks questions to gauge the knowledge that they have attained after each call. Each four-minute lesson contains dramatized information presented in the local language, Luganda, in a total of 10 modules. If paid for, these lessons would cost a farmer UGX14,400 (about USD4) at UGX360 per minute.

The service will reduce the cost of getting the right information for both the farmer and the government by supplementing existing extension services. There is room to continuously add new modules or use the system to disseminate information on outbreaks in some areas.

‘It is quite confusing to tell right information from wrong, I have been keeping pigs for seven years and have often used private veterinary doctors to vaccinate them against ASF, yet today I learned that ASF has no vaccine nor cure! I am surprised that none of those vets are here today,’ said Ronald Mugerwa, a pig farmer, during the launch of the service at the district headquarters in Masaka town on 16 May 2018. Many other smallholder farmers face similar difficulties in finding trusted sources of information about pig farming. The new service will give them first-hand and relevant information that, if acted upon, could make pig farming more profitable. 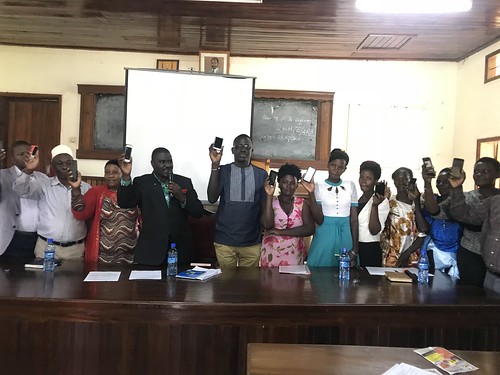 Mwanda Jamil, chairperson of Masaka District, said IVR could transform the way farmers in the district and the country access farming information to improve their productivity. ‘For a farmer who needs the right information on pig farming, this service is convenient, simple and in the local language. You can be sitting in your house in the evening and learning how to prevent diseases from catching your animals. I am sure we will soon be wondering how we survived without it,’ he said.

ILRI is leading the way in what is expected to be the next big thing in ‘blended extension’— mobile phone-based advisory extension services to supplement visits by extension officers. The institute plans to draw lessons from this rollout to expand the service to more pig farmers and possibly other farming enterprises such as cattle and poultry. Jamil said officials in Masaka are looking forward to lessons from use of the technology and to see the impact it will have on farmers.

This work is being done in partnership with the Masaka District Local Government and is supported by the CGIAR Research Program (CRP) on Policies, Institutions and Markets. The content for the service was produced by the ILRI CRP Livestock and Impact at Scale teams in Uganda.