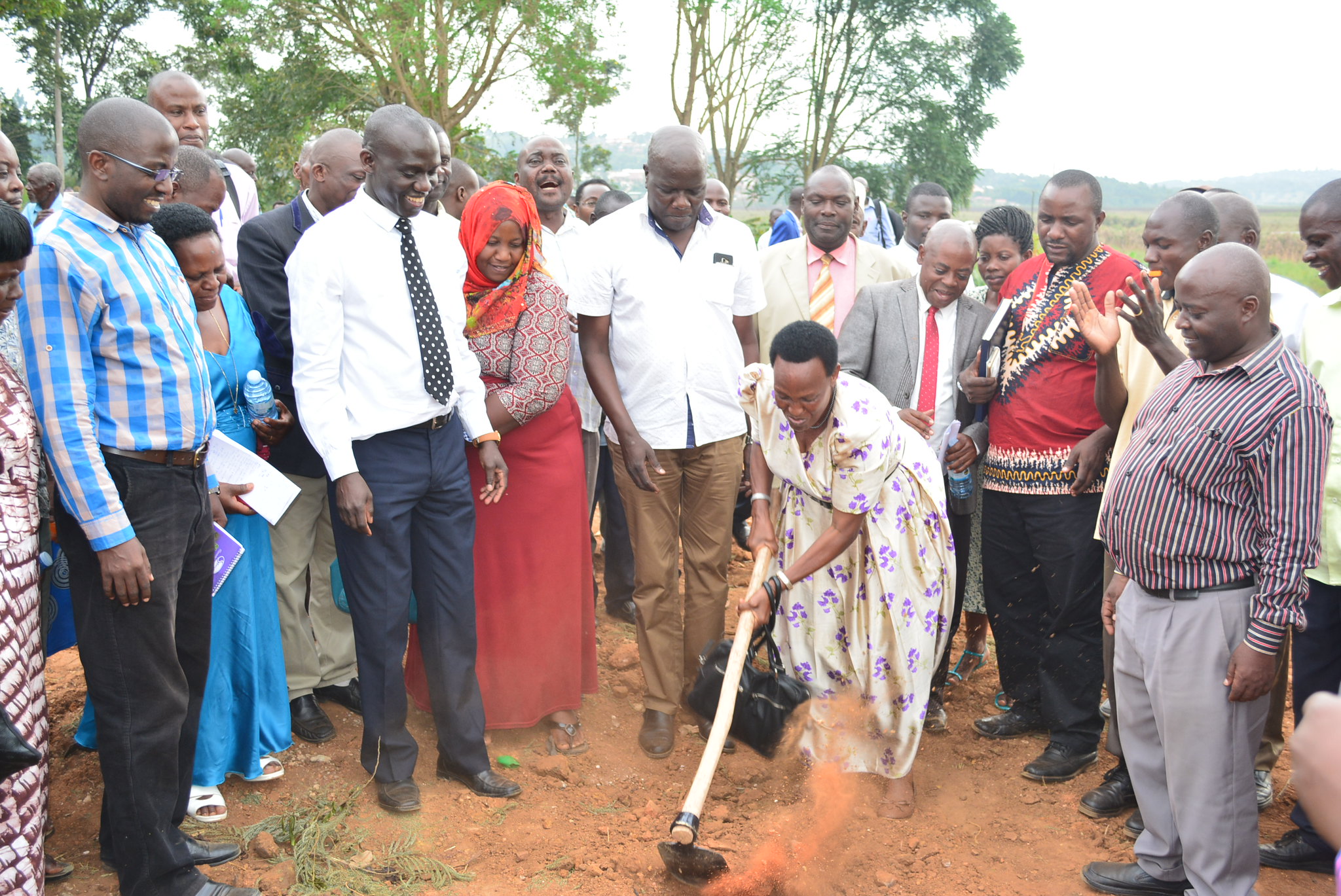 Ugandans are eating more and more pork. Nearly 3.5 kg per head every year and rising. But there is a massive shortage of pig abattoirs. The only one in the country is in Nalukolongo, south of the capital, Kampala, making safe pork processing very difficult. Most butchers across the country have to process their meat in backyard slaughter sites. Often not supervised by public health and veterinary officers, they pose a serious food safety risk to pork consumers. In their quest for fairer pork prices, better pork handling and safety and a desire to strengthen disease control measures, in particular for African swine fever, pig farmers of the greater Masaka region have begun building a pig abattoir at Kijjabwemi.

With support from the Masaka local government, the new processing plant will cost UGX 840 million (USD240,000). A public–private sector partnership, the government has provided part of the money and land for setting up the abattoir, while the members of the greater Masaka Pig Farmers Union have contributed equity in form of share capital. The International Livestock Research Institute (ILRI) with funds from European Union, the International Fund for Agriculture Development (IFAD) and Irish Aid, supported the development of a business plan and architectural drawings for the abattoir to enable the project to attract further investment.

Speaking at a ground-breaking ceremony at the construction site on 14 February 2018, Joy Walusimbi, the Masaka resident district commissioner, lauded this partnership and emphasised the potential benefits that smallholder pig farmers will gain from the facility. He highlighted the government’s commitment to the pig industry as one of the vehicles for combating poverty in rural communities.

‘The government has not only made a financial contribution towards the construction of the abattoir but has also set up a well-equipped laboratory at the district headquarters to aid animal disease diagnosis’, Walusimbi said.

Ben Lukuyu, the ILRI Uganda country representative, in a speech read by Brian Kawuma, a communication specialist at ILRI, lauded the role played by the strong partnerships between the government, the private sector and farmers in growing the pig value chains in Masaka, and forecasted a bright economic future for smallholder pig producers and traders in the country.

‘Significant strides have been made in the pig sub-sector through joint efforts of the pig value chain actors, the government and ILRI in pig disease control and prevention, improved pig feeding technologies, networking of pig value chain actors for better markets, and greater visibility of the sector,’ he said.

Even with this preliminary success, there is still a long way to go towards raising the over USD 200,000 needed to complete the construction of the abattoir. Once complete, the facility will support pig production and marketing services that have the potential to help reduce poverty and hunger as the country strives to meet the Sustainable Development Goals and Uganda’s Vision 2040.