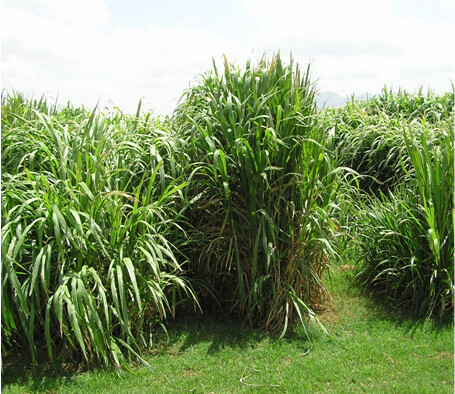 Napier grass is one of the most important fodder crops given its attributes which include ease of management, wide ecological range and high productivity. In Kenya, Napier grass contributes about 40% of the total fodder given to livestock, which highlights its importance in livestock production in the country.

Staring in 2002, the International Livestock Research Institute (ILRI) and the Kenya Agricultural and Livestock Research Organisation (KALRO) identified and distributed, in Kenya, two Napier grass varieties that are tolerant to the head smut disease. This has been in an effort to alleviate the negative effects of the disease which has significantly affected smallholder farmers through biomass loss. However, uptake and preference of these varieties has not been evaluated since their introduction. A study was undertaken to evaluate the performance of the varieties in terms of smut tolerance with the aim of better understanding the dissemination pattern of the new varieties and to estimate the current status of both smut and stunt diseases.

Findings from the study indicated that agronomic practices, planting materials and soil types did not influence severity of the diseases on the farms. In all the survey sites, stall feeding dominated during the dry and wet seasons showing the importance of Napier grass in smallholder systems. Quality and yields were the main attributes that farmers emphasized when selecting a variety. Thus there is a need for Napier grass varieties that are not only disease tolerant but also higher yielding. According to the study, there is need for genetic identification of the unknown Napier grass varieties grown by farmers especially in Western Kenya. In addition, there need for farmer education to help them understand diseases and varieties of Napier grass because many could not identify the varieties they had on their farms.